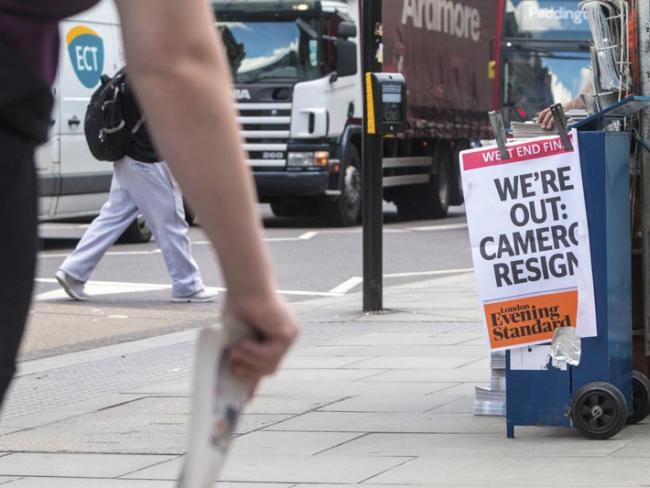 History has been made. Forty-one years after the disastrous decision to remain in what was then the European Economic Community, the people of Britain have reasserted this country’s independence.

The question on the ballot paper was whether to remain or leave, but actually Britain hasn’t gone anywhere. It is the European Union that is being expelled from Britain, recognised for the occupying force that it always was.

That decision was taken despite the unanimous instruction of the establishment. Conservatives, Labour, Liberal Democrats, the SNP, Plaid Cymru, the Greens – they all told us what was good for us.

Add to that the august institutions of imperialism, from the World Bank and the IMF to the US President, backed up by the chief executives of the monopolies that are draining the world of its assets.

It wasn’t just because people didn’t believe a word they said, it was because across the country people know what is going on in their own lives.

‘Workers see and know the decline.’

Workers see and know the decline, the neglect, the rigged labour market, the growth of agencies that recruit exclusively (and legally) abroad.

We said in our pamphlet “Out of the EU” that if you cannot control the supply of labour, you cannot hope to control the price. Faced with opposition to the “free” movement of labour, the establishment could only resort to ridiculous accusations of racism.

But credit where it is due: Jeremy Corbyn was the only leading Remain campaigner to tell the truth about the movement of labour: “It’s intrinsic to the European Union that there has to be free movement of people.” No wonder many in his own party want to ditch him – he gave the game away.

After the polling booths closed, there were reports on the television of large turnouts from council estates. That wasn’t in the pollsters’ scripts. A number of assumptions had been made, all coming down to the general approach that workers were less likely to be bothered to vote. Well, all kinds of assumptions were wrong.

Not politics as usual

The principal incorrect assumption was that normal rules of politics would apply. In fact, the referendum was nothing like normal politics.

In normal bourgeois politics, voters get presented with parliamentary parties whose leaders agree that the EU is a thoroughly good thing, who tell us that the free movement of labour is part of the modern world. But voters had contempt for politicians in both camps.

The referendum was different. There was a simple question, and it got a simple answer – one that has rocked the capitalist world and plunged the plans of the plutocrats into disarray.

The working class has asserted its power, and shaken the world.