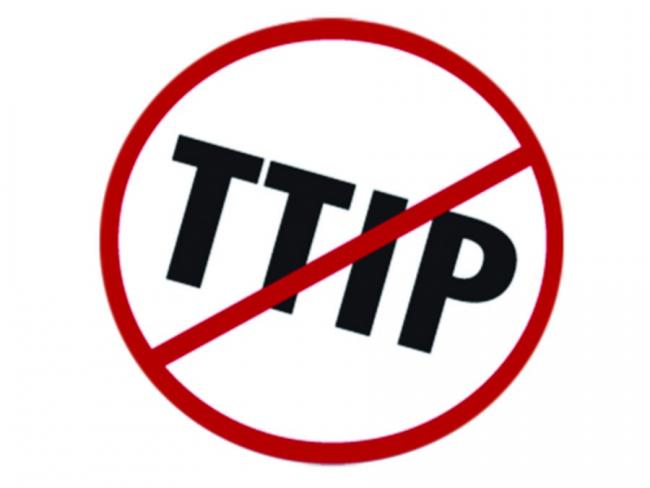 In a desperate attempt to sway voters, Green politicians are now arguing that staying in the EU is the best way to defeat TTIP. “The fight against TTIP is working,” said Green MEP Jean Lambert in a message designed to talk not about TTIP but about the referendum.

CPBML News has seen a copy of the message, sent to people who had emailed Lambert as an MEP calling on her to oppose the EU/US trade agreement.  It repeats a whole series of dubious assertions, including saying that “even if the UK does leave the EU, that doesn’t mean the end of TTIP”.

The truth is that despite all the opposition, negotiations are proceeding. And with all the worries about the UK referendum, and a rising tide of criticism, there have been calls to accelerate the TTIP talks.

Pressure from the US is intense. According to a report in the Financial Times on 31 May, Michael Froman, US President Barack Obama’s trade tsar, warned that there was no “Plan B” if talks were not concluded this year. “We either work together to help set the rules of the world or we leave that role to others.”

And European Commission President Jean-Claude Juncker is calling on the EU’s 28 member states to reaffirm their commitment to TTIP at their next summit – conveniently scheduled for the week after the referendum.

‘A previously secret annex to the section on state-owned enterprises.’

There’s no mention of this in Lambert’s message. Nor any mention of the revelation by WikiLeaks on 25 May that the parallel talks on a Trade in Services Agreement – known as TiSA – now include a previously secret annex to the section on state-owned enterprises (SOEs) which “imposes unprecedented restrictions on SOEs and will force majority owned SOEs to operate like private sector businesses”.

WikiLeaks continues, “This corporatisation of public services – to nearly the same extent as demanded by the recently signed TPP – is a next step to privatisation of SOEs.”

It concludes, “The TiSA provisions in their current form will establish a wide range of new grounds for domestic regulations to be challenged by corporations – even those without a local presence in that country.”

Whatever speculation there may be about what a Brexit would mean, the consequences of staying in the EU are clear: TTIP, TiSA, the domination of global corporations, and the subordination of nations.