With the prospect of Britain leaving the EU, we’re starting to hear a lot about “free trade”. Workers should be wary. Belgium cannot sign the Comprehensive Economic and Trade Agreement, the EU’s proposed trade deal with Canada because of opposition from local elected bodies. That may block the whole deal. 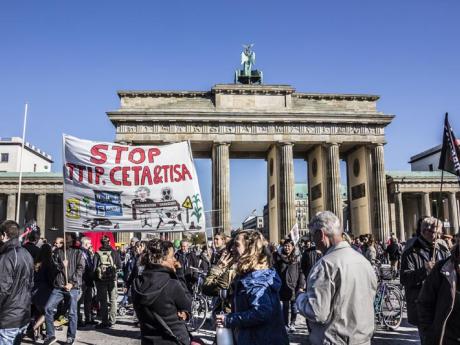 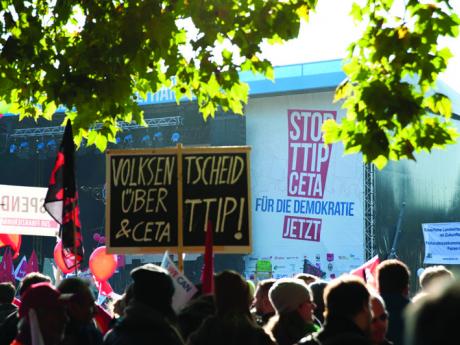 Reports from Germany suggest that the European Commission is trying to find a way to block any national veto by the UK or any other member state of its free trade agreements. 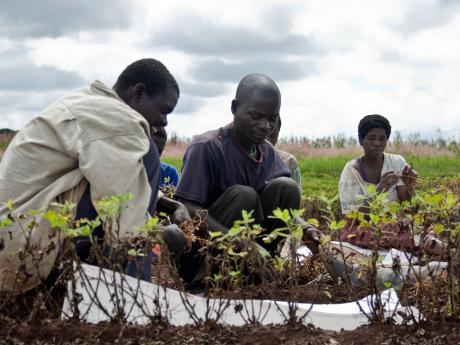 African trade unionists are calling on their countries to reject the European Commission’s latest attempt to impose a free trade deals on the continent. The former trade union official who led a key strike at Newcastle’s Royal Victoria Infirmary in the 1980s has contacted CPBML News calling on the staff and the public to vote to Leave – to save the NHS. While US and EU leaders call for accelerated talks on TTIP, some Green politicians are seeking to deny that a Leave vote is the surest way to defeat the planned treaty. Last week the headlines in the europhile press were all singing from the same hymn book. TTIP, they said, is effectively dead. Would it were so… Barack Obama is not the first US president to lecture Britain about its place in the world. But he certainly chose a bizarre way to threaten the people of this country. 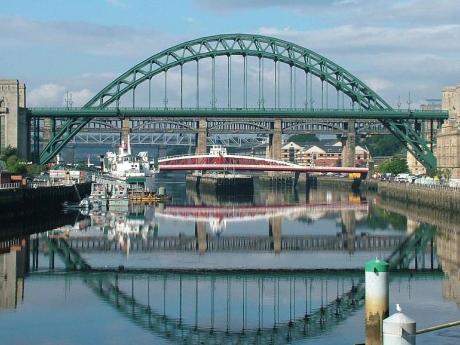 Well over 1,000 people packed the Tyne Theatre and Opera House to attend the first Newcastle meeting of Grassroots Out. 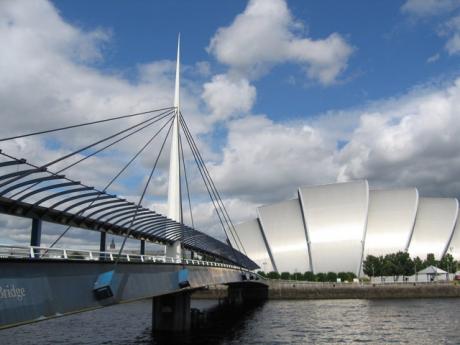 A CPBML meeting in Glasgow on why trade unionists should vote to leave the EU drew a diverse and enthusiastic audience ready to contribute their own ideas. A document obtained by the Guardian newspaper exposes the reality of the secret Transatlantic Trade and Investment Partnership negotiations from the EU side. Trade unionists have every reason to vote to leave the EU – despite of the view of the TUC and a number of their member unions. This was the theme of a lively meeting held by the CPBML at Conway Hall in London on 11 February. 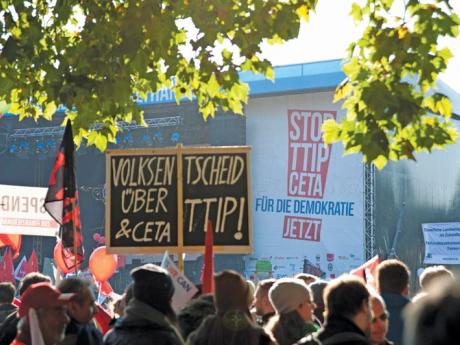 Opponents of TTIP, the Transatlantic Trade and Investment Partnership treaty currently being negotiated on our behalf by the European Union, have consistently noted how secretive and undemocratic the process is. “I do not take my mandate from the European people,” said EU trade commissioner Cecilia Malmström in an interview when challenged about the extent of opposition to the transatlantic trade treaty. It’s been a bad month for TTIP, and things could soon get even worse for those pushing the transatlantic trade deal. Lawmakers in the EU and the US are having second thoughts. 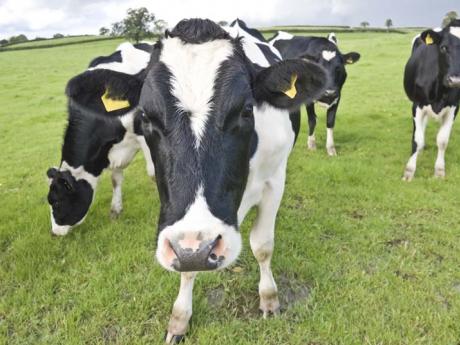 ​A report from MPs says proposals in the Transatlantic Trade and Investment Partnership treaty pose dangers for the environment, animal welfare and public health in Europe. 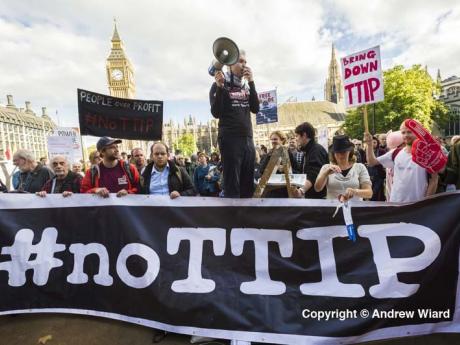 A worried EU Commissioner for Trade came to London on 16 Februar to maintain the EU position on growth and jobs despite all evidence to the contrary, and to repeat previous attempts to revive support for TTIP. 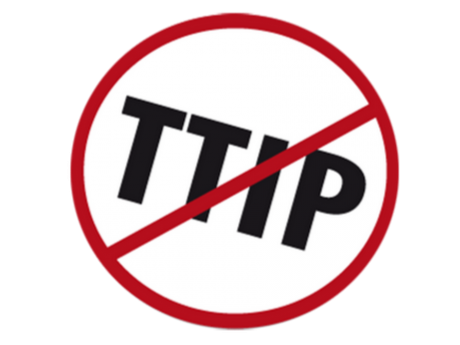 A worried EU Commissioner for Trade Cecilia Malmström paid a visit to London on 16 February. The successful signing off of TTIP is a priority for Malmström’s boss, EU president Jean-Claude Juncker, but he has handed her a poisoned chalice. 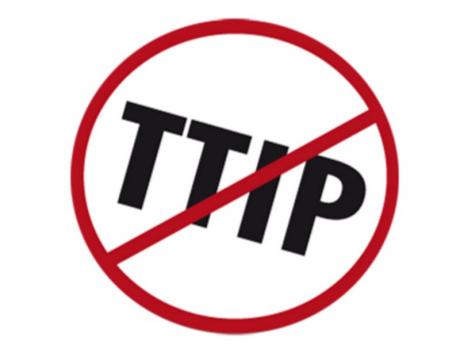 Last week Brussels finally released the devastating results of its online consultation on investor-to-state dispute settlement in the Transatlantic Trade and Investment Partnership Agreement – and is now struggling to maintain its position.

The EU is built on the “free movements” of capital, labour, goods and services, that is, on uncontrolled movements of all four. Capital needs these “freedoms” in order to maximise its profits, and for no other reason. 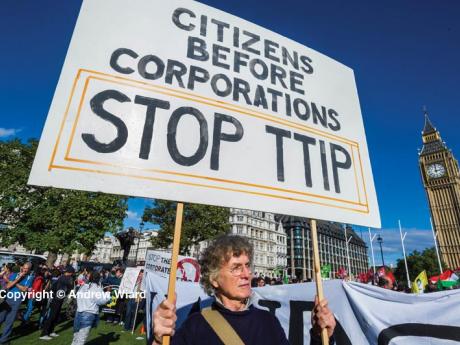 It is delusional to think that any body other than workers themselves can prevent the extraordinary rendition of Britain that TTIP represents.