Brussels in retreat after TTIP consultation 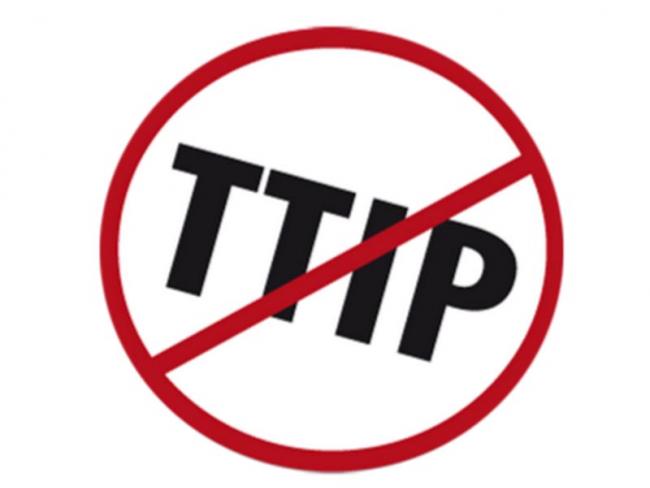 When it comes to publishing reports, the European Commission is almost as slow as the Chilcot Inquiry. Last week Brussels finally released the results of its 13-question online consultation on investment protection and investor-to-state dispute settlement (ISDS) in the Transatlantic Trade and Investment Partnership Agreement – or TTIP as it is now more widely known.

That consultation closed on 13 July 2014, and it has taken fully six months for Brussels to come up with its report, even though its initial response in July last year indicated that the report would be ready some time in November.

The reason for the delay is clear to see: the response was a massive and overwhelming No to the main thrust of the Commission’s negotiating position. Some 150,000 people and organisations responded, with more than a third – 52,008 – from Britain – a tribute to the strength of the anti-TTIP campaign here.

‘The response was a massive and overwhelming No to the main thrust of the Commission’s negotiating position.’

The strength of feeling, coupled with growing resistance in places such as the German Bundestag, has forced the Commission into a retreat that it is desperately trying to manage. It has announced that it will go back and consult “stakeholders” (i.e., not the public!) on areas where ISDS can be “improved”.

In the interim, though, it has had to suspend TTIP negotiations with the US on ISDS until the summer at least, a concession that leaves its timetable for the treaty in shreds.

Looking at the more detailed Commission working paper on the consultation, and reading between the lines, it is clear that at least 50,000 of the 52,008 from Britain came via 38 Degrees, which had taken up the issue after members asked it to amid growing pressure and publicity here.

Just about everyone responding via 38 Degrees refused to play along with the EU’s questions designed to suggest improvements to ISDS. The standard answer given was “no comment: I don’t think ISDS should be part of TTIP”.

So strong – and, to Brussels, unexpected – was the response from the campaign mounted by the organisation 38 Degrees that the EU’s overloaded server crashed for two hours on 3 July.

Another 70,000 responses from eight organisations in other countries contained “identical or very similar answers to all 13 questions”. And another 25,000 replies made no comment on the 12 detailed questions, but just answered the final, general, one with a comment on why ISDS should be left out of TTIP.

The bulk of the report released this month is devoted to precisely the 12 questions that more than 95 per cent of the respondents refused to answer, namely tweaks to and the supposed “advantages” of ISDS.

Opposition to ISDS was further boosted by the passing of an early-day motion in Westminster on 19 January. The motion was moved by Labour MP Geraint Davies, but one of the most telling observations came from a Conservative, Zac Goldsmith.

“I have asked the government repeatedly for any examples of EU companies in the US, or US companies in the EU, being discriminated against by the courts of the host nation in the past five years,” he said. “The answer is always the same: ‘The government does not have access to relevant information.’ ”

He continued: “If we do not have that information, how on earth can the government make the case for ISDS?”

Meanwhile, trade unions are starting to wake up to the implications of TTIP. Most are concentrating on the potential to “lock in” privatisation of the NHS, with, for example, Unite and the Royal College of Nursing calling for the NHS to be excluded from the treaty.

But the realisation is starting to dawn that the treaty would threaten the whole of Britain, right across public services including education as well as the NHS, and threatening the country’s industry and sovereignty. The TUC, meanwhile, is still being allowed to cling on to its shameful support for the concept that the European Union should have the exclusive right to negotiate Britain’s trade treaties.