Skip to main content
Home » News/Views » Trade: their freedom, not ours

Trade: their freedom, not ours 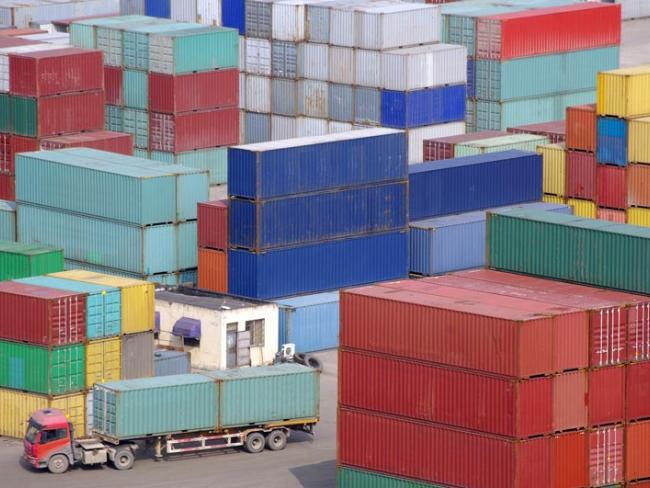 Capitalism has a peculiar way with words. It talks about freedom and choice – and who doesn’t want freedom and choice? – but they only exist if you have the money. And now we’re starting to hear a lot about “free trade”. Workers should be wary.

Everyone seems to like this free trade. Its supporters range from the European Parliament – which has just approved CETA, the EU’s free trade agreement with Canada – to the UK government, and include the clueless TUC. We should be very wary.

The push for these free trade agreements dates back over a decade. Capital in all its forms – financial, industrial, commercial – was looking to expand all over the world, but was being held back by developing countries seeking to protect their nascent industries.

So capital came up with a clever wheeze. It would use the World Trade Organization (WTO), to lower trade barriers and in particular regulatory barriers so that the corporations could operate unfettered.

The WTO began its campaign to “liberalise” global trade in 2001, in what became known as the Doha Round, after the first meeting in the capital of Qatar. It even got a clever name to appeal to developing countries: the Doha Development Agenda.

‘A concept at the heart of imperialism’s plans to wipe out national resistance.’

It rapidly became clear that developing countries weren’t fooled. And since the WTO, inconveniently, requires unanimity for any policy change, nothing happened. Talks stalled. In 2008 they effectively stopped altogether (though the Doha Round continued rather like a zombie until 2015, when it was officially killed off).

Stymied on the Doha front, imperialism, in the shape of the US and the EU, came up with a way of bypassing the WTO: bilateral and multilateral “free trade agreements”.

The most prominent of these has been TTIP, the Transatlantic Trade and Investment Partnership. Despite its name, it’s not really concerned with trade or even with tariffs. After all, tariffs, overall, add a mere 3 per cent to transatlantic business costs. No, TTIP is about allowing the multinationals to do what they want regardless of national regulations.

A free trade agreement with the US, for example, would be designed to force us to allow hormone-fed beef or GM food-fed chickens to go on sale in Britain. It would wipe out our egg industry alongside poultry, meat and pig producers. A similar deal with New Zealand could wipe out British lamb.

A year ago, a leak to the Guardian newspaper exposed how EU officials told oil giant ExxonMobil that TTIP would help it “free up” markets in developing countries. Specifically, it would be able to frack where it wanted. That’s their kind of freedom, not ours.

TTIP is now dead. Well, nearly. “Firmly in the freezer,” said EU trade commissioner Cecilia Malmström on 24 January this year. It’s been put on ice by a combination of events: the referendum vote, which reduces the size of the EU market by 20 per cent; widespread opposition; and most importantly the election of Donald Trump (Hillary Clinton was an avid supporter of TTIP).

But it’s hard to kill a concept, especially when that concept is at the heart of imperialism’s plans to wipe out national resistance to its domination. Free trade agreements will be back – and with the full backing of those who hate the idea of an independent Britain and who hate the British working class (even if some hate the EU too).

When we decided on 23 June last year to leave the EU, it was an assertion of our wish for control – indeed, an implementation of control. Are we going to throw off the shackles of the EU just to hand them over to the multinational companies?

Since the referendum workers have retreated to the sidelines. The debate has been dominated by Westminster. If we truly are to take control of our country, workers must take centre stage.

Trade, the new weapon of war
Stop this anti-protection racket
Trade consultation ignores need for industry
Independence and trade
Made in Britain?