Skip to main content
Home » You thought TTIP was bad? Take a look at TiSA

You thought TTIP was bad? Take a look at TiSA 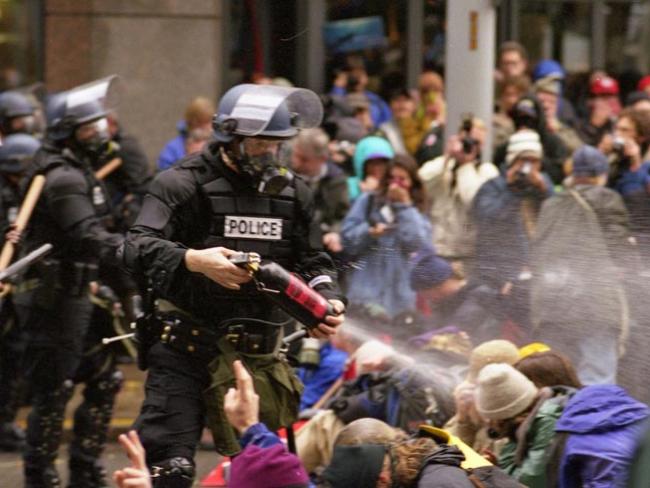 The EU is preparing to hand over power to global corporations to say how we must trade in services – all services. And we aren’t even allowed to see the deal being cooked up in secret, let alone change it.

Walmart is a huge US company that pays poverty wages and has made its owners incredibly rich – the founding Walton family has assets in excess of $160 billion, more than the poorest 40 per cent of the US. It wants to make even more money. So it’s backing the Trade in Services Agreement – TiSA for short – being negotiated by the European Union, the US, and 21 other countries.

In a submission to the US government at the beginning of 2013, it pushed for the agreement to ensure that there are “no restrictions on store size, number, or geographic location” and “no merchandize restrictions”, including the right to sell tobacco and pharmaceuticals. So Walmart in our national parks?.

The credit card company Visa is also interested in TiSA. It likes doing monopolistic deals itself – as a sponsor of the London 2012 Olympics, it was the only credit card that could be used to buy tickets. In its submission to the US government, it wants to ensure that governments have no say in such deals.

In fact the representations from large corporations are just the tip of the iceberg. TiSA is the most ambitious deregulation treaty being negotiated, dwarfing even TTIP in scale. Services constitute 78 per cent of Britain’s GDP, and something like 75 per cent of the US’s.

What’s a service? Just about anything that you can’t hold in your hand or load onto a ship. That means banking, insurance, transportation, medical treatment, design, education, culture, water supply, post, shops, restaurants…the list is almost infinite.

‘The scale of the services that TiSA could cover is mind-boggling.’

The scale of the services that TiSA could cover is mind-boggling. The US’s intentions are clear: if any commitment to liberalise a sector has been made by any of the TiSA countries, it should be incorporated in the overall agreement. That, says Public Services International, the global federation representing public services trade unions, brings primary and secondary schools into play, along with hospital and medical services, museums, roads, all construction… the list goes on and on.

One particularly sensitive aspect relates to data. Companies across the spectrum, and especially in telecoms, have been lobbying to ensure that TiSA will outlaw national restrictions on where data can be exported to and housed.

In the wake of the Snowden revelations about US government snooping, countries like Brazil are looking at laws to compel Google, for example, to house all data on Brazilians in Brazil. TiSA would outlaw all such legislation, making our own data protection laws impotent.

At the time Walmart’s submission was being made, TiSA was more than obscure: hardly anyone outside the top corporations and the inner sanctums of government knew it was being negotiated, leave alone what it was dealing with. Some unions did know it existed, and the general thrust, but since they had no idea what was actually being discussed they could do little.

That all changed in June 2014 when the Wikileaks website released a draft of the secret Financial Services Annex to TiSA. The draft indicated TiSA’s ambitions to institutionalise deregulation in banking and insurance – the sectors that brought the world to the brink of economic collapse in 2008 – and prevent governments from tightening rules on the finance sector.

But more than that, Wikileaks’ release gave the world the first glimpse of how TiSA was going about its business. In the words of a penetrating analysis by a New Zealand law professor, it showed how the finance industry “has captured global rule making” – and what’s more, is doing so in secret.

Secret is an overused word. In this case, it means what it says. As Wikileaks reported, “The cover sheet records that the draft text will not be declassified until 5 years after the TiSA comes into force or the negotiations are otherwise closed.”

That’s not all. The draft also says, “This document must be protected from unauthorized disclosure…It must be stored in a locked or secured building, room, or container.” Not even members of US Congress will see it until they vote on it, and even then they won’t be able to amend it.

‘The trade union movement has been slow to react.’

We now know the full extent of TiSA’s ambitions. We no longer have the excuse of ignorance.

The trouble is, within the European Union the national governments aren’t involved in the talks. As a trade agreement, it is being negotiated on our behalf by the European Commission because the EU has “exclusive competence” over its member states’ international trade – an exclusivity supported by, of all organisations, the TUC in its submission to the Department of Business, Industry and Skills one month before PSI called for withdrawal.

In the light of TTIP and TiSA, as well as the crushing austerity measures imposed on, for example, Greece, the TUC’s submission is astonishing. “EU states combined offer a far more attractive package to international partners than the UK does alone. This has become particularly clear in relation to the proposed Transatlantic Trade and Investment Partnership between the EU and USA,” it said.

The TUC went on: “…it is important for the UK to be part of EU trade negotiations due to the principles of human rights and sustainable development which guide them.” It must be joking.

Since then the TUC has produced literature attacking TiSA and similar agreements but not once has it challenged the sole right of the EU to negotiate these agreements. Not once has it acknowledged that human rights and sustainable development are inherently threatened by all these free trade agreements.

The PSI union federation did raise the alert in September 2013. Its general secretary, Rosa Pavenelli, called on affiliates “to urge their national governments to withdraw from talks on this proposed Trade in Services Agreement and to mobilize workers and communities against this deal which is an assault on the public interest”.

And overall, the trade union movement has been slow to react. Even today, the website of the PCS union mentions TiSA only once (without any explanation of what it is). Other unions have been more active. Unison produced a briefing document in March 2015 that sets out its opposition to TTIP, TiSA and CETA (a free trade agreement between the EU and Canada).

In a sorry example of the lack of joined-up thinking in the trade union movement, the GMB is opposed to TiSA, but has just declared itself in favour of staying in the EU. In a statement in October last year, it called on the EU trade commissioner to oppose TiSA – in the full knowledge that squadrons of pigs would have to be flying above Brussels for that to happen. Hypocrisy is second nature to some.

In July last year the lecturers’ union UCU, supported by the teachers’ unions NUT and the NAS/UWT, successfully moved a motion on TiSA and CETA at the Education International meeting in Canada, noting “that these agreements seek to go far beyond traditional tariff reductions by imposing constraints on what governments can do behind their national borders, including the promotion of regulatory coherence and convergence across countries irrespective of national priorities.”

It’s an odd fact that unions can recognise the importance of national boundaries and national priorities on some issues, but ignore them when it comes to the EU overall. What do they think the “exclusive competence” of the EU on trade and commerce means?

To get a hint about what deregulation can mean for national sovereignty, look at the World Trade Organization’s General Agreement on Trade in Services (GATS). In 2004, the US wanted to ban Internet-based gambling. A WTO panel ruled that it could not. “Members’ regulatory sovereignty is an essential pillar of the progressive liberalization of trade in services, but this sovereignty ends whenever rights of other Members under the GATS are impaired.”

In other words, national sovereignty is subordinate to trade treaties. And this is only a hint of what is to come, because the whole rationale for TiSA is that GATS is too weak! (See Box 2, “An attack on developing countries”.)

Don’t think that national sovereignty is only about what national governments can do. It applies at all levels of government, down to parish councils. So councils trying to limit the number of fast-food restaurants or apply policies to keep high-street chemists could find themselves running foul of TiSA.

The corporations really do want to be able to control every aspect of our lives.

• Related article: 1: Take it or leave it