The facts about what leaving the EU would mean 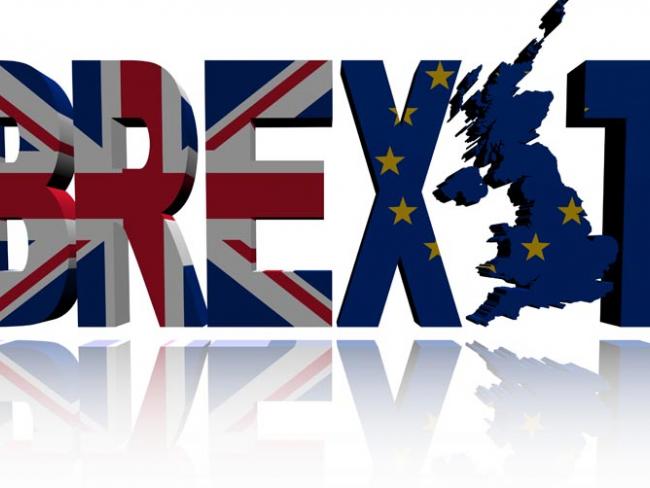 With the referendum in the offing, we are being flooded with propaganda from the EU and its allies suggesting that leaving would set off a catastrophe of biblical proportions. Nothing could be further from the truth…

The EU is an organisation that was formed, and is run, by the employing class for itself. We are for the interests of the working class in Britain, against the employers. This separates us from all other parties in Britain, whether they argue for or against the EU.

We the British working class, not the employers, created Britain. We have the eighth biggest economy in the world, and are the ninth biggest manufacturing nation. Of course we could thrive outside the EU.

The claims that millions of jobs depend on our being in the EU assume that leaving it would end all our trade with EU countries; that goods and services bought from EU members could not be produced here; that trade would not increase with the rest of the world; and that we couldn’t create new jobs to replace lost jobs.

2. The EU makes up less than half of Britain’s trade.

Our trade with the EU is less important than it was. Ten years ago, 55 per cent of our exports went to the EU, now 45 per cent. And the EU is in decline. The euro is strangling its members. Thirty-five years ago, the EU produced a third of the world’s GDP, now less than a quarter.

Most of our fastest growing markets are non-EU nations. The EU has no trade agreements with Brazil, Russia, India or China, or with Japan, Indonesia, Australia, or with Mercosur (the bloc comprising Argentina, Brazil, Paraguay, Uruguay and Venezuela, with associate countries Chile, Bolivia, Colombia, Ecuador and Peru). But outside the EU we could reach our own agreements with these countries. We don’t have to be in the EU to trade with it. Most of the world’s countries buy and sell to the EU.

3. Investors would not flee Britain if we left.

A recent survey asked North American and Asian investors, “If the United Kingdom renegotiated its relationship with the European Union to be less integrated than it is today, would this make the United Kingdom a more attractive place to invest?” Most said yes.

Some put forward a new “Project Fear”, threatening us with the claim that Britain could not thrive outside the EU ­– the employers’ organisation the CBI for one. The CBI gets a fat grant from the EU every year; in fact the EU is its biggest donor.

4. The EU brings slumps, not stability.

‘All said we would be doomed unless we joined the euro.’

Then the CBI, Thatcher, the Tories, Labour, the Liberals and the Scottish National Party all said we would be doomed if we didn’t join the euro. Our Party warned that the euro would cause “permanently depressed areas, including some whole countries”. Now they all tell us we would be doomed if we left the EU. They were wrong then and they are wrong now.

Even the Observer’s 10 tips for Britain’s Yes campaign said, “Nobody seriously believes the British economy would collapse and its society fall apart if we left the Union. After all, non-EU countries like Norway, Iceland and Switzerland are hardly Hobbesian hellholes wracked by poverty and conflict.”

5. Staying in would mean ceding even more powers.

Some say they want an EU with reduced powers, but the EU’s treaties make that impossible. Its treaties forbid reducing its powers. No EU member state has ever recovered any powers given to the EU. Angela Merkel promises reform after the referendum, as a bait.

Even the Observer newspaper says that “Merkel cannot wholly be trusted.” As Joschka Fischer, a former German Foreign Minister, says, “Angela Merkel will do nothing that will endanger the basic principles of the common market of the EU.” She has already refused to back changes to the free movement of labour. EU Commission President Juncker says treaty change is not on the cards.

Before the 1975 referendum Prime Minister Harold Wilson promised a “fundamental renegotiation”, to reduce the EU’s powers and to stop all further integration. Sound familiar? In 1975 he broke these promises. His renegotiation failed. So will Cameron’s.

Cameron’s first big mistake was to threaten to sack ministers who might not do what he wants, even before any negotiation starts. His first defeat was to back down on this threat.

Cameron is on a loser. At the start of the French referendum campaign on the EU constitution ten years ago, more than 70 per cent supported the treaty. By the end, 55 per cent voted against.

Cameron’s government is already getting more unpopular, the next financial crisis is ever-growing, the EU is doing worse and worse, the Greek time-bomb is ticking. He’s got all the problems. It is us who have the solutions.

● Related article: Yes to Britain, no to the EU