Skip to main content
Home » News/Views » A future for fishing

A future for fishing 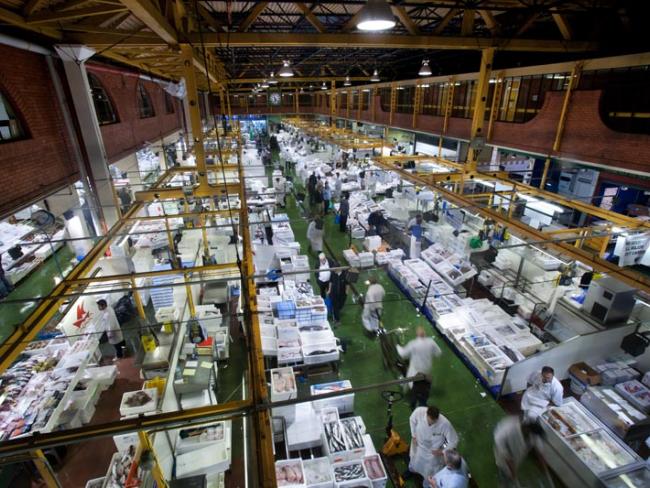 We are an island nation, sustained by fish in the seas around us since the earliest times as discovered in archaeological sites around our coasts. Traditionally we have always had fishermen. But over the past 40 years we have come perilously close to losing them, along with the fish they catch, as a direct result of our membership of the EU and the enforcement of its Common Fisheries Policy (CFP).

When we voted for independence in June we, the British people, gave ourselves the opportunity to find new solutions to the problem of how we feed ourselves. We can take stock of what we need, where our food comes from, how we want to produce it and what should be the balance between food we produce ourselves and food we import from elsewhere.

But the EU has not given up hope of retaining its control over the waters around Britain. A leaked memo cited in the Guardian newspaper on 15 February shows that the European Parliament wants Britain’s “exit agreement” to stipulate that there will be “no increase to the UK’s share of fishing opportunities for jointly fished stocks [maintaining the existing quota distribution in UK and EU waters]”.

Fish are an important part of our diet, fish and chips being a famous and favourite national dish. They are also generally considered a healthy food, a valuable source of protein and other nutrients. So as a working class we need to decide how we want to restore the badly depleted fish stocks in our territorial waters and how we are going to get the fish we need from them. We need to decide how to develop a sustainable fishing industry for the long-term future.

People must listen to and support those in the industry, principally the fishermen. They understand how we have got to the current sorry state, have thought about how to transform it and have put forward some good ideas.

‘First of all we must get back control of our own waters.’

First of all of course we must get back control of our waters. That cannot be compromised, and only then we will be able to decide how to exercise it. Those in the industry have concrete proposals (see box, “Take back the zone”).

The knowledge of what had happened to fisheries played a large part in the vote to Leave. All around the coast, communities who had seen what the EU did to our fisheries recorded some of the highest majorities for Leave in the referendum.

Joining the EU forced us to share access to fishing grounds between 12 miles and 200 miles from the coast. Even the inner 12 miles is up for grabs every 10 years. Politicians like Edward Heath simply lied about this.

The Common Fisheries Policy defined fish stocks as a common European resource to be shared out by all member states. It worked on the principle that landlocked countries like Austria or Hungary could determine policy for nations that had centuries old fishing industries. From that came a sustained, decades-long attack on our fishing that left many of our fishing ports as dead as mining or steel towns.

The EU also encouraged quota-hopping, under which foreign owned boats from big commercial fishing interests in Spain and Denmark could grab the stocks in our waters by using British registered ships, crewed by Spaniards, and landing their catches in Spain.

When the government passed legislation aiming to ensure that a boat had to be British-owned and crewed in order to use a British fishing quota it was overruled by the European Court of Justice.

The quota system favours big industrial trawlers while penalising small, sustainable inshore fishing communities who are denied quotas. And, though the EU “reforms” the CFP from time to time, its aims remain the same.

We also saw discards: the CFP system forces fishermen to dump billions of dead fish because they are too small or the wrong species.  A United Nations Food and Agriculture Organization study estimated discards in the North Atlantic at 13 per cent of the catch. By 2008 the European Commission itself estimated that, of the stocks of fish for which information was available, 80 per cent were being fished above the maximum sustainable yield, against a global average of 25 per cent.

Worse still, 30 per cent of these EU stocks being fished beyond the maximum sustainable yield were now outside safe biological limits, meaning that stocks might be unable to recover. This made a mockery of claims that the CFP was designed to conserve stocks.

‘The EU bullies and bribes countries into opening their waters.’

The CFP also works to the detriment of fishing worldwide. The EU bullies and bribes poor countries into opening their waters to European factory ships. The EU fleet now takes around 40 per cent of its catch by weight from the waters of so-called “partner countries,” threatening the livelihoods of, for example, small fishermen on the West and East African coasts.

Despite all these depredations, the seas around Britain are irremovable and indestructible. You cannot relocate the North Sea to the Mediterranean, and even after the enormous damage done to it by over-fishing under the CFP, the North Sea can again be home to a healthy, sustainable population of fish providing food for us and for others in Europe and elsewhere.

In 2014 fishing contributed £426 million to the UK GDP and employed around 12,000 fishermen. We are now free to return to the standard in international law: exclusive national fishing rights up to 200 miles from the coast, the Exclusive Economic Zone, in the same way as Norway and Iceland. It would, of course, be open to us to negotiate, if we saw fit, for other countries’ fishing fleets to have access to parts of our waters.

We should be free to regulate fishing, with due regard to the science, so as to feed ourselves. What of conservation? The regulations that require nations to co-operate to preserve stocks are not EU-derived, but come from the United Nations – the UN Agreement on Straddling Fish Stocks and Highly Migratory Fish Stocks, and the UN Convention on the Law of the Sea.

We would need to enforce the limits we decide on. In this context, it was significant that the Prime Minister said in Washington: “The days of Britain and America intervening in sovereign countries in an attempt to remake the world in our own image are over.” Certainly the British working class has no interest in being part of a world gendarmerie, whether recruited to that task by the EU or by the USA. It follows that we should rethink the role of the Royal Navy. We need an adequate, well-resourced fisheries protection fleet, and the marine capability to stop people smuggling, not ships designed for aggression overseas.

There is a great deal to be done. These are questions not only for those who work in the fishing industry but for the whole British working class – we share a common interest on what happens next in the industry.

• Related article: Take back the zone