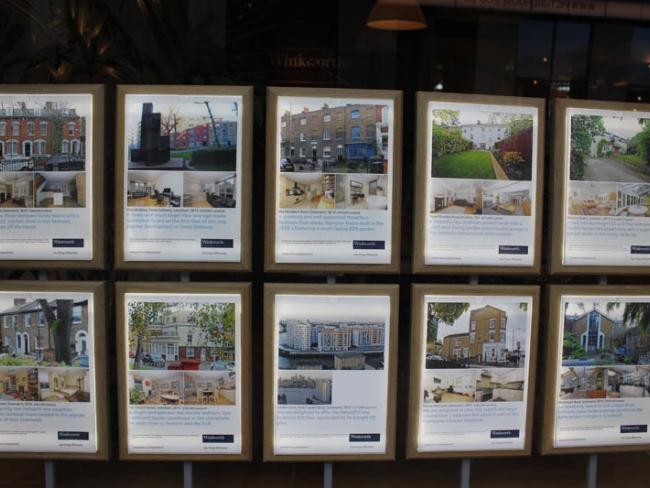 Estate agent’s window in Greenwich, southeast London, an area where young teachers can only even dream of buying a house. Photo Paul Wilkinson (CC BY 2.0)

With the average price of a home now over £500,000 and rents continuing to rise by over 10 per cent a year, the housing situation facing young teachers is becoming impossible. And for many of the children London teachers teach things are as bad if not worse, with 4 per cent of the capital’s children living in temporary accommodation, and many more facing overcrowding, squalor and poverty.

The campaign calls for government action, citing the need for rent controls, landlord regulation, more council housing and more key worker homes. It also refers to raising the London Allowance. A key challenge for the London region of the National Union of Teachers (NUT) must be to organise London teachers in a cohesive campaign including industrial action if necessary, as happened successfully in the 1970s.

If costs are high then the allowances, known as London weighting and apply to inner London, outer London and “fringe” areas, should be higher. Let’s make sure they are. It will need a well prepared campaign to get a unified response across the capital at a time when there are academy schools, free schools and state schools. But it can be done. The obstacles can be overcome

There is to be a public meeting at the NUT’s Hamilton House at 7pm on Wednesday 11 November to kick off the ideas with speakers from the NUT, the National Union of Students and Defend Council Housing.