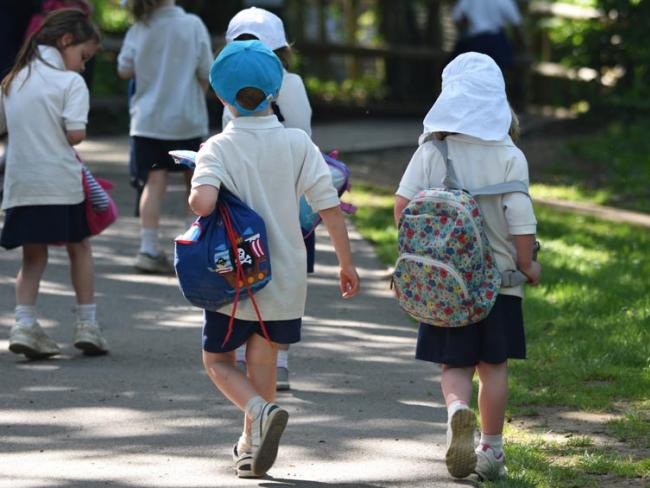 Infants on a field trip in Eastleigh, Hampshire. “Every child should have a strong background in science,” says education expert John Baruch. Photo Amani A/shutterstock.com.

As our eyes are drawn to parliament’s Brexit pantomime, another government failure threatens the world of education…

The gap between aspiration and reality in education is large – and growing. Funding has declined in real terms, the damage amplified by long-term government failure to plan for and resolve critical problems. And teaching unions have yet to respond effectively to that challenge.

The school curriculum has to develop to meet Britain’s needs. That’s recognised – for example the House of Commons Education Select Committee is looking at realising the potential of a more technological age.

Professor John Baruch, director of the Leeds Beckett University Centre for Education for the Fourth Industrial Revolution, gave evidence in December 2018. His institution focuses on the rise of robotics and artificial intelligence. “The trajectory of current policies on education curricula and skills is not helping to launch the new economy,” he said. “Every child should have a strong background in science”.

Baruch pointed out the shortage of scientifically literate teachers in primary schools. “To prosper in the future, British education should be science based, where everyone benefits from an understanding of how science works, hands on experience with materials and models, and practical science in biology, chemistry and physics.”

Many teachers and parents will agree. But the crisis threatening the curriculum now is even more urgent. Dwindling resources are changing how schools are run.

Schools are facing budget cuts despite government claims to the contrary. The Institute for Fiscal Studies estimates that funding per pupil in England fell by 8 per cent between 2010 and 2018. There are 66,000 more children in state schools this year than the year before but with 5,000 fewer teachers.

‘Dwindling resources are changing how schools are run.’

Even last summer’s announcement of a “fully funded” pay award from the Department for Education was not what it seemed. Schools minister Lord Agnew conceded that the first 1 per cent will have to be paid for by schools.

Yet when the National Education Union announced the results of an indicative ballot on pay in January, it admitted that only 31 per cent of those surveyed actually responded. If that were replicated in a proper legal ballot, it would fail to meet the required 50 per cent threshold.

This was surely no surprise to the union executive – which has avoided any effective response to the government’s refusal to endorse and fund the School Teachers’ Review Body’s 2018 recommendations.

Rather than put pay at the centre of the union’s strategy to retain its members, the executive has decided to ignore the issue. Yet even the DfE admits that “teacher median salaries have seen a drop of 11 per cent in real terms”. The outlook for the coming year is even worse, with the government saying its below-inflation pay rise is to be funded from within existing school budgets.

This is about planning for the future in education. It entails fresh thinking in the curriculum, making vital subjects attractive to teachers and pupils and creating financial stability. It also means preparing in advance for the number of pupils coming through. We have that opportunity by extricating ourselves from the EU, whose “free movement of labour” has become such an obstacle to educational planning in Britain.

As things stand, head teachers can only manage lower income by reducing outgoings. Increasingly that means staff costs as other budgets have already been cut. The Local Government Association estimates a £536 million shortfall in education funding. And money intended to support special needs students is now routinely diverted to other pressing claims.

Leadership salaries in academies have reached such eyewatering levels that even education secretary Damian Hinds had to comment. This diversion of resources has resulted in the widespread sacking of support staff employed to meet maintenance and similar needs.

It is now common for retiring or leaving staff to be replaced by less expensive young or newly qualified teachers. They bring enthusiasm and a freshness of approach, but are being denied opportunities to share experience with more seasoned colleagues. And younger teachers wonder what’s to become of them when the next generation, even less well paid, comes along.

Low staff retention rates are undermining effective education. Ten per cent of teachers leave after one year in the profession. After three years, 30 per cent have had enough. And yet that’s when teachers are really hitting their professional stride.

This retention crisis is compounded by excessive workloads. But the workload problem centres around imposed evidence gathering rather than productive direct teaching time or marking.

There must be scrutiny, of course. No one wants an incompetent teacher. But the evidence gathering imposed on teachers shows little or no respect for their training and professionalism, which includes catering for individual needs.

Yet education authorities have long been unable to insist that every teacher is qualified to teach as their oversight of schools has been removed in academies and free schools. In those schools, unqualified staff are widely used instead of subject specialists. And in those academies, a yearly turnover of 25 to 30 per cent in teaching staff is common.

As well as struggling to keep their teachers, schools find it hard to recruit enough new ones. The Department for Education claims a record number of teachers in our schools. But it refuses to acknowledge that there are nowhere near enough teachers to cope with the explosion in pupil numbers.

The shortfall also affects specialist teaching, particularly those where graduates can easily earn more outside teaching, such as physics, maths, chemistry and languages. In 2018 the Education Policy Institute, using government data, found that only half of those teaching physics have a relevant degree and even fewer for GCSE maths.

In December 2018 the government’s annual teacher-trainee census showed that it had missed its secondary school recruitment targets for the sixth year running. Maths and physics are already chronic shortage areas. But recruitment fell well short of targets – finding only 65 per cent of required maths specialists and just 47 per cent for physics.

There is little point in teachers demanding a graduate profession if specialisms do not match the subject taught. This has been going on for a long time, but the lack of a grounding in the subject is bad for both teachers and students.

This isn’t simply a secondary school issue. Primary schooling has moved towards subject specialism over many years. If we are serious about our young people thriving in an advanced, science based, highly skilled economy, a solid basis must be provided from the outset.

In January Damian Hinds announced a Teacher Recruitment and Retention Strategy, supposedly to tackle the critical failure to retain newly qualified teachers. Yet his 11-point plan failed to address the main issues cited by those leaving – which include poor pay and excessive workload.

Teachers cannot leave it to the government or indeed to their union executive to come up with solutions: they will have to seek them themselves.