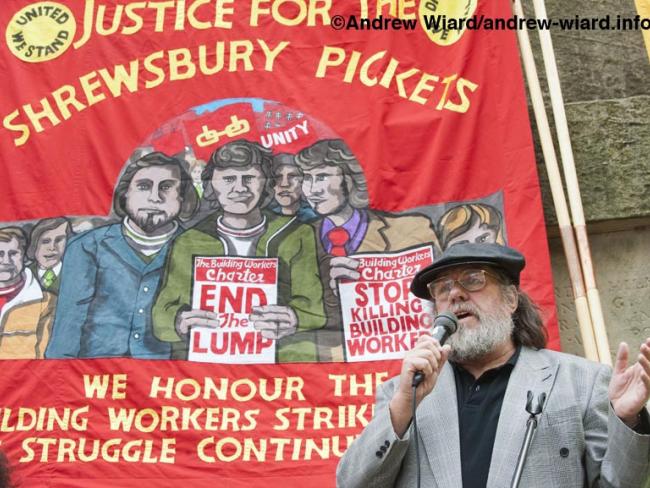 One of the many pay disputes in 1972 was in the construction industry, the first national strike by building workers. Unions called for an overall national minimum rate and an end to the Lump – the widespread practice of employing casual labour and undercutting wages agreed on organised sites.

Pickets visited unorganised sites during the dispute. Many of the pay claims were met, but the Lump continued. Five months after the dispute ended, the government instigated a series of politically motivated prosecutions for alleged picketing offences at sites around Shrewsbury. 24 workers were convicted.

The longest sentences were for two workers found guilty of conspiracy to intimidate under a law not used for nearly 100 years. Des Warren died of Parkinson’s in 2004 probably due to the “chemical cosh” tranquillisers administered in prison. The other was Ricky Tomlinson, who went on to be an actor and who is still energetically backing the campaign for justice for the pickets.