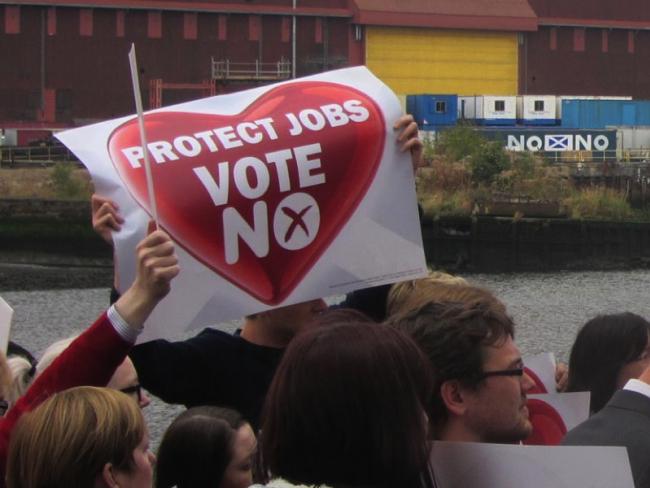 A YouGov poll in July indicated that Britain’s decision to leave the EU has not cut Scottish support for remaining within the UK. This undermines the SNP’s push for a second referendum – as does the falling oil price, which led last year to a deficit of tax revenue against spending of £14.9 billion. The latest figures, due to be published as Workers was going to press, are likely to be even worse.

Theresa May, to her credit, is on the record as stating that future options will take full account of the need to protect the economy north of the border and made a point of scheduling an early meeting with the First Minister Nicola Sturgeon. Yet when May arrived at Holyrood on 15 July there was no Union flag on display, only Scotland’s and the EU’s. That was both arrogant and a calculated insult.

Ignoring all the evidence inside Scotland and in the wider economy, Sturgeon said in July that Brexit puts Scotland “truly on the brink of independence”. Alex Salmond, the former SNP leader, has asserted that it is now inevitable. As if separation and membership of the EU were independence! The truth is that from John O’Groats to Land’s End, a united Britain free of the EU is the people’s only real route to independence.

If Scotland were to join the EU it would have to adopt the euro. To call this independence for Scotland is laughable – outside of Britain it would become utterly dependent on the EU, effectively a vassal state.

‘A united Britain free of the EU is the people’s only real route to independence.’

Meanwhile, the separatist fantasy becomes ever more absurd. RBS chief executive Ross McEwan said this August that the bank would move HQ to London in the event of Scottish separation. Yet in the SNP’s November 2013 Independence White Paper Salmond designated Royal Bank of Scotland as the putative nation’s sovereign bank as part of his “Celtic tiger” dream.

RBS anyway is hardly a solid rock of reliability. It required a £42 billion bailout in 2009–10 and has lost around £7 billion each year since then. The bailout involved the British government buying shares at 502p a pop; they are currently worth around 185p.

Salmond’s original business plan, drawn up in collaboration with Fred Goodwin (then head of RBS), was predicated on oil trading at $110 a barrel. The price currently hovers at around $45. US investor and analyst Warren Buffet is on record as stating that the marginal cost of oil extraction around the world once capital investment has been recovered is now close to $20.

The “fiscal transfer” mechanism (funds from the UK as a whole) currently supports the existing Union. That’s equivalent to 14 per cent of Scotland’s GDP, about £15 billion per annum.

It is irrelevant whether there were greater or lesser Leave votes in different areas of Britain, whether in Scotland or elsewhere. Having made the decision to leave the EU, it is vital that Britain – with all its constituent parts – remains united. All delusions about division or separation belong to the past. We must now focus firmly on the future, on rebuilding Britain as a united, independent country with the interests of all our people at its heart.