The TUC's own Project Fear 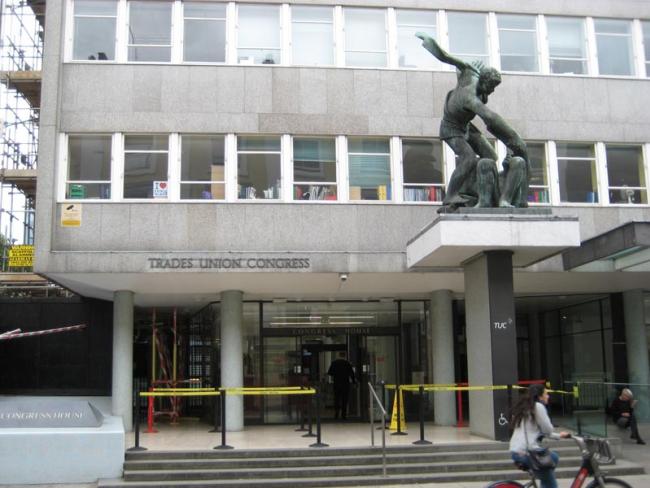 The TUC has been running its own special Project Fear campaign, largely unnoticed – though given its recent performance, that’s not surprising. Like a broken record, it has been churning out press releases saying that Brexit will herald a bonfire of workers’ rights.

Take the General Council statement in September 2018. “Some of the impacts of Brexit are already affecting people’s jobs and livelihoods but worse may be to come. People have seen prices rise and wages stagnate or fall.” In fact, wages are currently rising at their highest rate since 2008, and no thanks to the TUC either (see We need to talk about pay).

It wants EU legislation to apply forever, which means staying in the EU forever. “For workers’ rights to be protected and enforceable now and into the future, Britain’s final status deal with the EU must include a level playing field for workers’ rights to stop unfair competition and ensure good employers are not undercut by the bad.”

The concept that employers will cut our wages and slash our terms and conditions – if they can – is hardly new. But the idea that EU membership is preventing this is ludicrous.

The fact is that there is no level playing field in the EU: it’s tilted, slanted, blatantly biased against the working classes of all nations.

Take pay, the reason we go to work, the source of all workers’ income and the source, too, of the employers’ wealth, of capital. The TUC is besotted with the minimum wage but forgets to mention that there is no EU minimum wage. Five countries – Austria, Denmark, Finland, Italy and Sweden – don’t have one at all. A sixth, Cyprus, has one but not all sectors are covered.

'The fact is that there is no level playing field in the EU: it's tilted, slanted, blatantly biased against the working classes of all nations'

In over half the remaining 22 countries, the minimum wage (the UK equivalent is the National Living Wage) is less than half what it is in Britain. It is precisely the unlevel playing field that is driving workers from those countries here, and helping to suppress pay rates in Britain in the process.

The fact is that any advances in workers’ rights here have been won by workers in struggle, not “granted” from above. But what you never, ever hear from the TUC is that Britain could stay in the EU and abolish the minimum wage completely.

Any country seeking to protect its own minimum pay or – in the case of Austria locally agreed pay – is likely to be told by the European Court of Justice that it is acting illegally (see Swiss stand firm).

It’s true that there are EU restrictions on hours of work – but they are widely ignored except in areas of good union organisation.

After pay comes holidays. And of course the TUC says our holidays are threatened. It doesn’t tell you that the government could stay in the EU and cut eight days from our legal minimum holiday entitlement. That’s because the minimum laid down in the EU’s Working Time Directive is 20 days, including public holidays. UK law specifies a minimum of 20 days plus public holidays – making 28 days.

The TUC makes much of threats to maternity pay. There are indeed elements related to equality that have been introduced by EU legislation, though it would be tough going for any British government to scrap them.

But look at the basic entitlement. In EU law there is no set maternity pay, and the EU minimum leave is 14 weeks. In Britain, every pregnant woman is entitled to 52 weeks’ maternity leave, with 39 weeks paid (though not generously).

If the employers were in a position to create a bonfire, they could cut maternity leave by 75 per cent while still being in the EU.

The General Council says, “A ‘no deal’ Brexit would expose the vulnerability of workers within the UK economy given our comparatively low levels of social protection and constrained Union rights.” What it doesn’t say is that the EU does absolutely nothing for union rights: in fact, it constrains them.

Before the 2016 referendum, the EU’s attack on union rights was rigorously documented by top trade union lawyer John Hendy. The only thing that’s changed is that things have got worse.