UCU ready to fight on pay 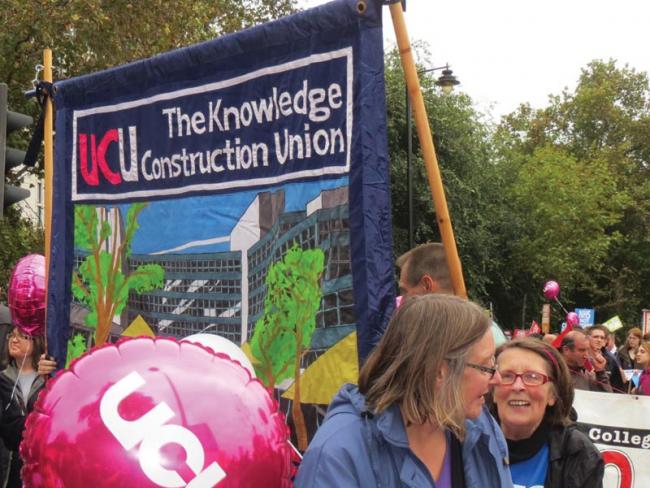 As Workers goes to press, the Higher Education Committee of the University and College Union (UCU) will be meeting to discuss the results of its consultative pay ballot. The ballot covers members in higher education across Britain, who have been asked for their views on the “full and final” offer for 2015-16 made to the union by the University and Colleges Employers Association. Subject to the decisions taken, the UCU is likely to conduct a statutory ballot in September.

Meeting in Glasgow in May, the national higher education sector conference resolved that UCU should call for members to reject the 0.9 per cent pay offer, to vote yes for strike action and yes to action short of a strike such as marking and assessment boycotts. It is to UCU members’ credit that they are operating as a UK-wide national union. We can capitalise on the extra strength such unity brings. A fragmented workforce is always the employers’ dream.

To ensure the maximum effect on the employers’ core business and to minimise damage to themselves, union members will need to be creative and devious in the use of guerrilla tactics including action short of a strike – as well as ensuring plans for strike action are carefully targeted.

Branches across Britain will need to consider carefully the next steps on pay and in particular what type of action would be most effective. What aspects of the employers’ core business can most easily (for us) be interfered with by selective action short of a strike? Conducted alongside public and unifying strike action, such tactics can be highly effective.

For example, staff might consider putting a spanner in the works of the management-heavy performance-dominated regime under which they suffer. Universities cannot function without the constant and monumentally time-consuming electronic daily form-filling demanded of academic staff, very little of which contributes to the quality of teaching, research or external engagement – the real core business of universities.

The pay offer is for an increase in all pay points of 1 per cent, tapered to secure the equivalent of the “living wage” for staff paid on the lower spinal pay points. UCU repeatedly argued for a pay offer which addressed the accumulated shortfall in pay and gave some protection to members’ incomes, but the offer was improved only marginally from an initial 0.8 per cent during the course of three meetings.

The UCU leadership is in no doubt that it will take sustained industrial action, including strikes, to bring the employers back to the negotiating table. Action short of a strike on its own, the leadership is advising, will not win this dispute – but will also have to be sustained alongside strike action.

The strength of UCU is shown by the employers’ readiness, outside of the current “full and final” pay offer, to continue to discuss casual employment and related pay issues. Great strides are being made in universities, notorious for casual contracts (as reported in Workers, May/June 2015), to get rid of zero hours contracts.

At the University of Glasgow, for example, the union has achieved the following as part of the university’s Extended Workforce Policy: “Only where the requirement to undertake work is sufficiently irregular and occasional, or on an ad hoc basis and where individuals can choose whether or not to undertake the work offered will work be offered on a non-employment basis.” Very little teaching or research falls under this description.

Another victory is the scrapping of controversial plans by the University of Warwick to use the TeachHigher scheme to employ hourly-paid teaching and research staff. The scheme could have left casual teaching staff with inferior terms and conditions and some without any guaranteed hours. In a message on its intranet, Warwick acknowledged the opposition to its plans and stated that the “ongoing scrutiny of TeachHigher has become a distraction and it should be disbanded”. UCU had written to the university describing the scheme as “regressive”.