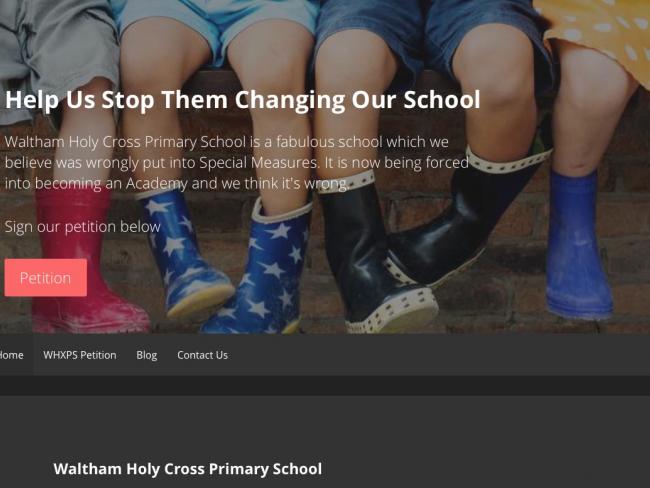 Teachers at Waltham Holy Cross primary school in Waltham Abbey, Essex, are to strike  over government plans to force it into the hands of a controversial academy trust.

More than 20 teachers will be walking out on Thursday (20 June), the first of five planned days of strike action. The school’s Interim Executive Board has been forced to close the school to pupils on the strike days.

News of the strike plan came as it was revealed the incoming trust, NET Academies, has been referred to the government’s Standards and Testing Agency (STA) after an external moderator from Essex County Council monitoring a SATS writing assessment raised concerns about the level of help provided to pupils by teachers.

But the STA has taken no further action, to the ire of parents who have been campaigning against the school’s removal from local authority control.

The school had been rated inadequate by schools inspectorate Ofsted in March 2018, with Ofsted’s draft report littered with errors including the name of the headteacher and the number of nursery classes.

Reading the final report, parents didn’t recognise the school they knew and held in high regard. They were furious when they were told that their school was to be forced to become an academy, run by NET, a large multi-academy trust which has been rated as one of the worst in England by the Education Policy Institute.

No teacher on the board

NET’s board is made up largely of lawyers, accountants and management consultants – and no teacher.

The Trust has proposed shorter break times and an extension to the school day. It denies plans to sell an estimated £11.6 million worth of land to a property company.

The decision has been fought tooth and nail by a parent body turned active to defend their school. Now teachers, members of the National Education Union, are to strike on Thursday June 20, followed by three days beginning on June 25.

The union says that significant improvements have been made since the inspection and has called for an urgent reconsideration of the decision in order to avoid the strike action.