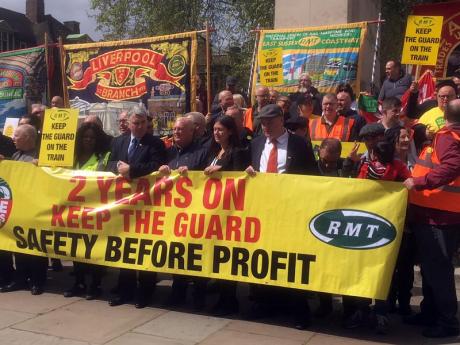 A national protest against Driver Only Operation outside Parliament on 25 April drew rail workers and union banners from many towns and regions across the country. 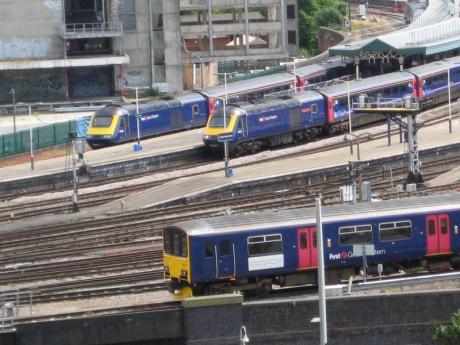 Government cuts in funding to Network Rail threaten to precipitate a major skills shortage in the industry as well as threatening jobs and safety. 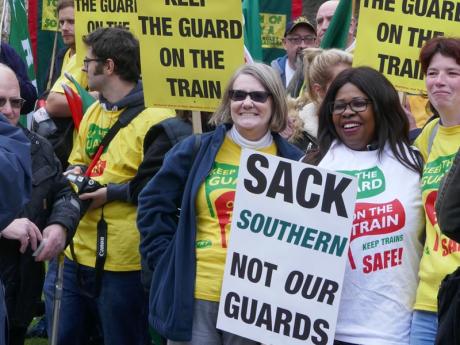 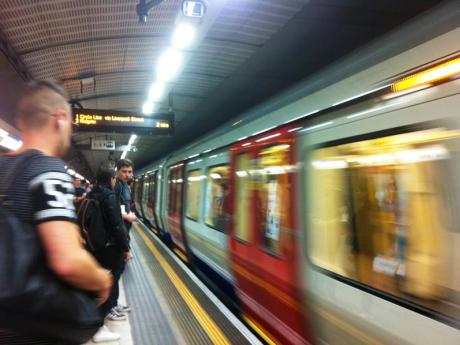 Transport union RMT has called off the strike on the London Underground planned to start on Sunday after management agreed to reinstate 60 per cent of its planned job cuts. 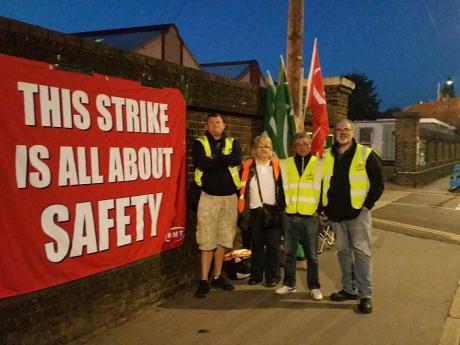 The government wants massive cuts to staffing on Britain’s railways regardless of safety. ASLEF is to ballot train drivers in Southern rail against that threat, joining RMT guards in their increasingly bitter dispute. 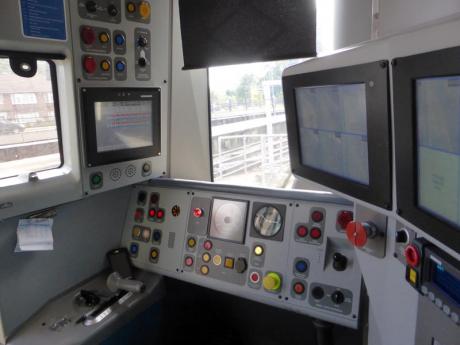 The struggle for safety and jobs on Britain’s railways is intensifying as the government seeks to take on the unions. 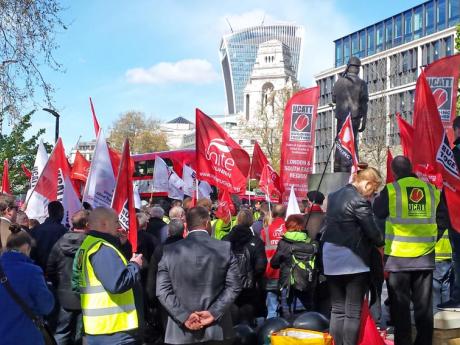 Workers Memorial Day was marked across Britain today, with construction workers taking the lead. Hundreds gathered by the Building Worker tatue in London. 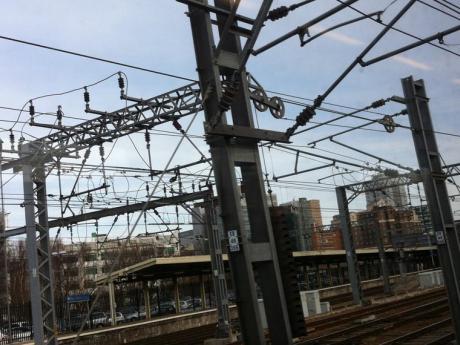 In a significant move, rail unions ASLEF and RMT have agreed a joint statement opposing the operation of trains without a guard – a direct response to plans to operate new inter-city trains with drivers only.